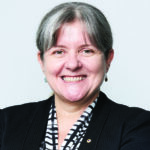 Dr Marguerite Evans-Galea is a scientist, executive, board director and chair. She is IMNIS Executive Director with the Australian Academy of Technology and Engineering, and co-founder & CEO of Women in STEMM Australia. Dr Evans-Galea has led international research programs in cell and gene therapy for genetic disease at world-leading organisations in the United States and Australia, and has received numerous awards for her research and leadership. A renowned advocate for STEMM research, education, inclusion and innovation, Dr Evans-Galea has served with advisory groups in State and Federal government, and communicates on a range of STEMM-related topics via social and mainstream media. An independent consultant, speaker, author, editor and peer reviewer, Dr Evans-Galea is actively engaged across all professional sectors in the broader STEMM ecosystem and is a Member of the Order of Australia. Twitter @MVEG001 @_IMNIS 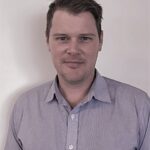 Scott Cummins is the IMNIS Program Manager with the Australian Academy of Technology and Engineering (ATSE), based in Canberra. Previously, Scott was Board and Governance Partner with the Australian Institute of Company Directors (AICD), working to enhance the performance of boards and organisations through tailored in-house education and governance evaluations. Scott’s career has covered both the public and private sectors, not-for-profits and charities, and he has a keen interest in renewable energy technology development and commercialisation, developed through his previous role within the Australian Renewable Energy Agency’s, Emerging Renewables Program. Scott holds a Bachelor of Security Analysis (Asia-Pacific) and is a graduate of the Australian Institute of Company Directors. He is currently completing a Graduate Diploma in Data and Cyber Management. 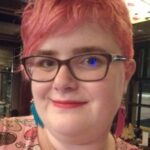 Sarah has over ten years experience in a range of team management environments working with diverse stakeholders to achieve optimal outcomes in desired timeframes. She has demonstrated leadership in capacity building, including autonomous decision-making and co-ordination of skills exchange for early career professionals, as well as executive administration skills in highly sensitive environments in both corporate and non-profit settings. Twitter @SCrowe_42 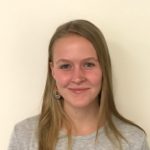 Sarah Hayward is IMNIS Project Officer with the Australian Academy of Technology and Engineering. She joined IMNIS team in 2017 and works across a number of project and activities within the team, including program support. With strong communication and administrative skills Sarah has significant experience in the service and sales industry, and has also worked as a clinical assistant and receptionist in an orthodontic centre. She has the ability to problem-solve and adapt in high pressure situations, is a fast-learner and excellent team player who demonstrates a high level of independence and initiative. Sarah is completing a double degree in environmental science and engineering at RMIT University, and understands the challenges and rewards related to STEM careers. Twitter @_IMNIS