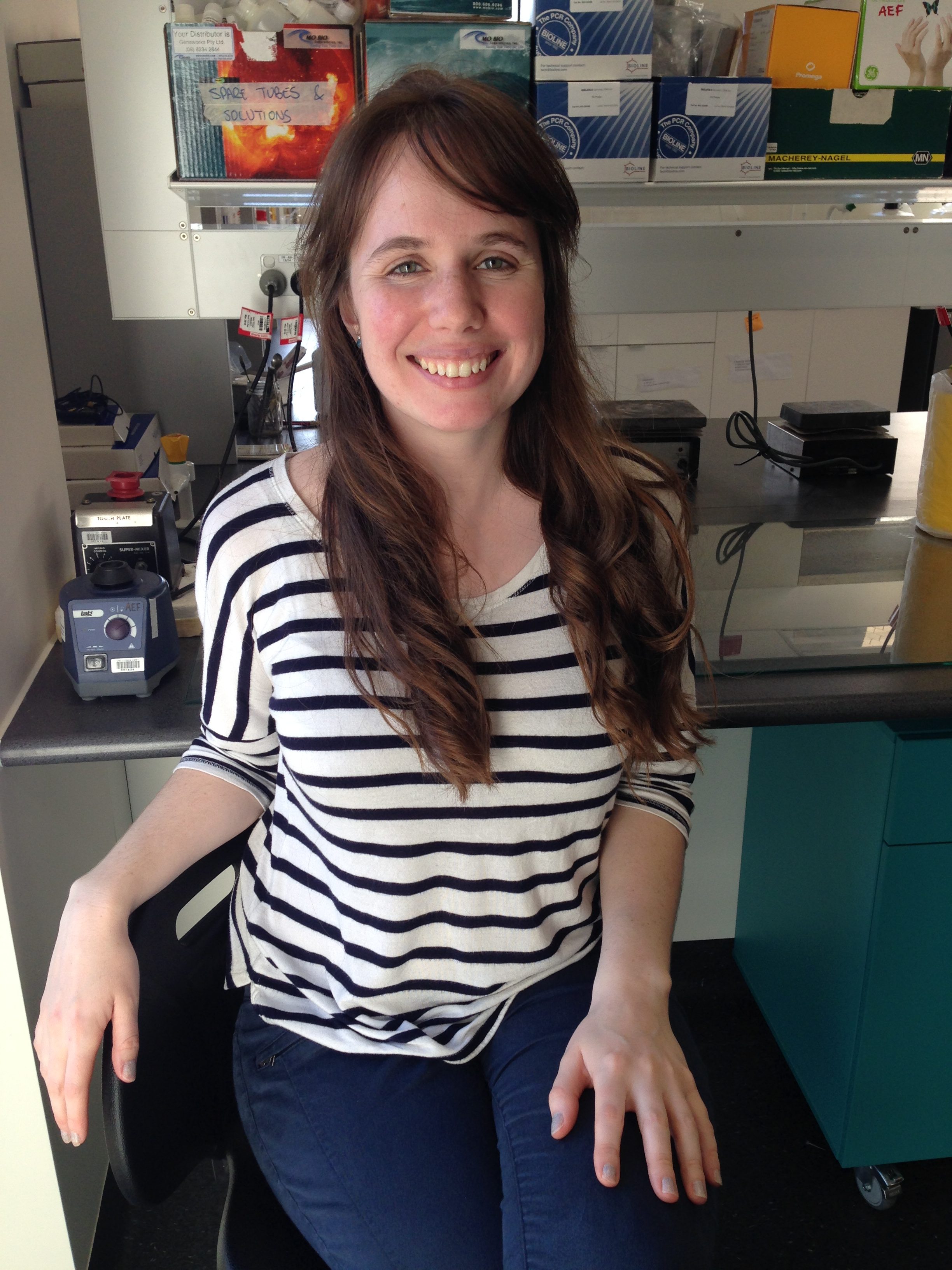 “I have increased my networking skills and … I have also gained a better understanding of the connection between business, industry and academia”

Lara Bereza-Malcolm is a PhD student at La Trobe University in the Department of Physiology, Anatomy and Microbiology. Her PhD project is focused on the development of microbial biosensors for the detection of heavy metals in the environment. Her PhD work received second place and people’s choice award at the University level during a 3MT competition. Throughout her PhD she has presented her work at a number of conferences including the Synthetic Biology, Engineering, Evolution and Design (SEED2016) conference in Chicago, USA, the 16th EMBL PhD symposium in Heidelberg, Germany and the Australian Society of Microbiology (ASM) annual scientific meeting in Melbourne, Australia. In 2016, she was part of the winning team at the Australian-French 24-hour Entrepreneur challenge which allowed her to travel to Paris to undergo a study tour and participate to the week of International Scientific Young Talents. Lara participated in the MedTech-Pharma Pilot of the IMNIS program, in Victoria from 2015-2016.

Why did you participate in the IMNIS program?

I wanted to know more about working in industry and I thought that this would be a good opportunity. I also wanted to be able to expand my skill set to increase my employability. I looked forward to gaining a mentor who had made choices that I would need to make in my future.

What was the most important aspect of this professional relationship for you?

I really appreciated having access to someone who had a lot of experience in industry and business with a broad skill set. I felt very comfortable asking questions and gaining knowledge from their perspective.

How often did you meet with your mentor and did you prepare for these meetings? What was the best piece of advice you received?

We met on average every two months either in person or via Skype. To prepare, I wrote down several questions that I wanted to discuss. One of the best lessons I received was to just go for it, by directly approaching the heads of companies or leaders in my research field.

Would you recommend participating in the IMNIS program to your peers?

I found it an overall enriching experience and would recommend participating. I appreciated the opportunities to meet with my mentor and to learn from their experiences, as well as participating in networking events with various companies and their leaders.

What was the most rewarding aspect of the IMNIS program for you?

I have increased my networking skills and feel comfortable interacting in a range of different networking environments. I have also gained a better understanding of the connection between business, industry and academia.