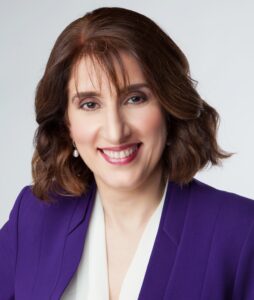 Despina Anastasiou is Senior Marketing Director for Infrastructure and a core member for the Growth Platform assessment for Mobility and Adhesive & Sealants. In this collaborative role she is responsible for identifying growth opportunities, strategy development and implementation.

She is a member of Dow’s European Marketing Leadership team, RISE Steering Team, Co-chair of PRIME (for new and experienced employees respectively). She is also an active member across Dow’s other employee resource groups focusing on coaching, mentoring and talent development.

Despina joined Dow Chemical Australia in 1990 and in the years that followed, she has held diverse roles of increasing responsibility in Market and Account Management, Business Development and Business Leadership across a broad range of products, markets and countries, including a three-year assignment in Shanghai China. In late 2013, Despina was named Country Leader for Dow Hellas and relocated to Athens, Greece with her family.  Thereafter, this role was expanded to Regional Leader for Dow Central Europe.  Despina assumed her current role in 2Q 2019 and moved to Horgen Switzerland in June 2019.

Despina attended Monash University in Melbourne, Australia. She holds a B.Sc. (hons) and a Ph.D. in Chemistry and was awarded a Commonwealth Scholarship for the latter.  She also holds a Graduate Diploma in Japanese language from Swinburne University.  Despina was awarded a Pinnacle Award for Sales Excellence and Six Sigma Black Belt certification.  In 2018, she was elected a Fellow of the Royal Australian Chemical Institute in recognition of her contribution to Chemistry and STEM.

You can find Despina on: