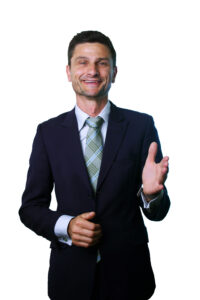 Cris Popp is an experienced entrepreneur, facilitator and speaker. He specialises in resilience, change management, innovation, entrepreneurship, communication skills and leadership. He is particularly interested in combining positive psychology with productivity to create sustainable peak-performance workplaces.

Cris is not just a trainer but has lived real-world experience. He co-founded Grunbiotics – an Australian-based biotech developing and launching world-first medical foods into the global market. In his role as a COO, he proudly oversaw product development and first sales to China.

He has used his skills to help teams resolve conflict, build team-work, make better decisions, improve wellbeing and develop strategy. He advises organisations on how they can make their change initiatives successful, and create a culture that is productive, innovative, engaging and sustainable.

Cris has worked in both the public and private sector. His roles include COO, marketing, sales, change manager, innovation facilitator, editor, ABC journalist, and copywriter. He completed his Masters on innovation and maintains a keen interest in workplace creativity.

Cris’ speaking appearances include: The Mind and its Potential; Happiness and Its Causes; Hargraves Innovation; and Sustainability. His media mentions and interviews include ABC, Channel 10, BRW and the Financial Review.

You can find Cristopher on: