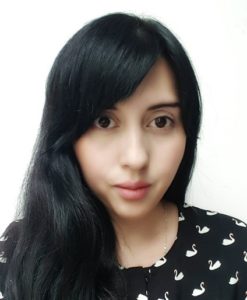 Tania Hidalgo received her bachelor’s in petroleum engineering at America University (Colombia) with a thesis in reservoir production optimization by artificial lifting systems for Rubiales field. After graduation, Tania worked as an operational drilling and completion engineer for oil and gas companies for several years. She obtained her Master’s in reservoir Geology and Geophysics at Barcelona University (Spain) with a final thesis focused on timing of oil formation and migration for NW Zagros (Iran) by using geochemical data. Tania is currently in the third year of her PhD with the joint supervision of Curtin University and CSIRO mineral resources under a Parker scholarship. Her research is focused on understanding the fluid-rock interaction of deep ore bodies for in situ leaching applications. She has published a number of papers in renowned journals and has given conference presentations as a result of the research. Tania is interested in energy and mineral resources production optimization by the application of her geology background. Tania is looking forward to engaging in mineral exploitation industrial projects.

You can find Tania on: