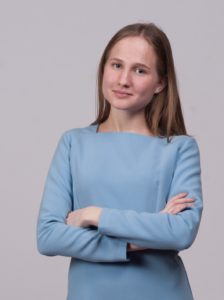 Sofya has two years of seismic processing experience for oil and gas projects with GeoPrime (ex WesternGeco in Russia). Her responsibilities in this role included various seismic processing steps (using Omega software): data QC, geometry assignment, analysis of surface waves (SWAMI), calculation and application of static corrections, velocity analysis, noise attenuation, regularization and migration. Overall, during this two-year period she was involved in four projects and was a representative from the company at the defense of one of the projects.

Besides working on the PhD project she has successfully provided teaching assistance for the computer labs for a course “Geophysical project” and also worked as a part of the university seismic field crew on a few surveys.

You can find Sofya on: