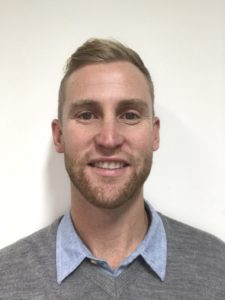 Sam Jennings, mentee in the 2019 Energy Minerals Resources program in SA (The University of Adelaide)

Sam received his Bachelor of Mineral Geoscience from the University of Adelaide in 2016 before switching focus to geophysics for his Honours project in 2017 for which he received the Zonge Prize in Geophysics and graduated First Class for his work in modelling thermal conductivity. In 2018, he began his PhD focused on explaining the presence of large-scale electrical conductivity anomalies in the Earth’s lower crust. Such anomalies occur frequently around the world and have been shown in some cases to link up with major ore deposits (e.g. Olympic Dam) and therefore represent enticing future mineral exploration targets.

The primary focus of his research is determining whether fluid-alteration in the lower crust, in combination with refined thermal models, can explain the presence of these highly conductive features. This involves measuring the electrical impedance of carefully selected samples from a region of exposed lower crust in Norway using custom built laboratory equipment and custom software created to automate the process.

Additionally, his research will involve a large-scale Magnetotelluric (MT) field survey near the southern border of SA and Victoria for which he will be creating 3D models of the electrical structure of the lithosphere. This survey will involve a grid of roughly 50 sites at 25km spacing and will improve upon current resolution in the area and constrain the dimensions and magnitude of a previously identified conductive anomaly.

Outside of research, he is an active committee member of the Australian Society of Exploration Geophysicists (ASEG) and involved in the organisation of monthly technical presentations, industry focused training programs and networking events. He also helped coordinate volunteers and organise the Young Petroleum Professionals networking event at the 2018 Australia Geoscience Council Convention.

You can find Sam on: