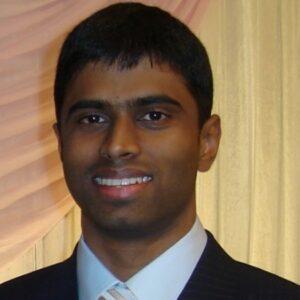 Sahan received his Bachelor of Engineering (Mechanical)(Honours) at the University of New South Wales in 2010. He secured a graduate mechanical engineering role at Transpacific Industries, Australia’s leading waste management firm. Later, Sahan completed a Master of Research degree at the Queensland University of Technology. Afterwards, he decided to pursue a Doctor of Philosophy (PhD) degree at the Queensland University of Technology in 2015 supported by an Australian Postgraduate Award (APA) scholarship. His research was on developing advanced numerical models (computational fluid dynamics) to study multiphase solid-gas flows and particulate fouling in porous metal foam heat exchangers for the power-generation industries. During his PhD, Sahan published many manuscripts in high-impact and highly-selective peer-reviewed scientific journals covering various fields- mechanical engineering, chemical engineering and energy management. In addition, Sahan presented his research work at both national and international conferences. He won the best paper award at the 2nd Australasian Conference on Computational Mechanics in 2015 and he also received a bursary to attend the 45th Royal Australasian Chemical Institute conference in 2017. In addition, Sahan worked on a project for SeqWater for which the goal was to use numerical modelling techniques to optimise wastewater treatment plants with the goal of reducing pressure drop and energy consumption.

Sahan was a mentee in the 2017 QLD Energy-Minerals Resources program, and was mentored by Ron Douglas who is a senior executive at Ausenco.

You can find Sahan on: