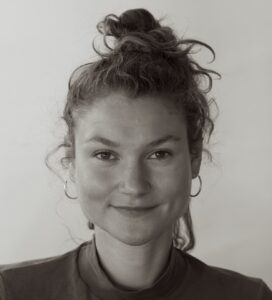 Ruby is currently undertaking a PhD at the University of Adelaide’s Waite Campus, working on a Primary Industries-led project that focuses on managing the issue of soil acidification in cropping regions around the state. Her research focusses on the application of infrared spectroscopy as a management tool for this ongoing problem.

After completing her undergraduate degree (BSc- Natural Resources and Diploma of Languages – Spanish), she spent a year abroad and returned to begin my Honours in soil science at the Waite Campus.  Following from that, she worked as a lab technician at the University of Adelaide before accepting a position as a PhD student for the Grains Research and Development Corporation-funded Project on soil acidification.

Although she wasn’t expecting to end up in the world of agricultural research, she’s happy that she has, and is constantly learning and being challenged.  Ruby is interested in restoration and regeneration of soil health, and the role that it can play in carbon sequestration and increasing biodiversity.  She hopes to move in this direction in the future, but also likes to be open to any other opportunities that may arise, as that’s how she’s arrived where she is,  and it’s worked well so far!

Ruby is also  involved in a number of science communication and education programs and loves working with students of all ages to explain various soil- and science- related concepts. In addition to her studies, Ruby has worked with small children for the past 10 years. Teaching and working with young people is something that she loves and hopes to continue, at some capacity, into the future.