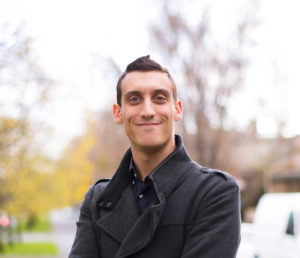 Roberto’s data science work focuses on the integration of multi-type and large-scale data including genomics, metabolomics and retinal imaging data to discover causes and potential drug targets of a rare degenerative eye disease called Macular telangiectasia type 2 (MacTel). Roberto research revealed that most cases of MacTel disease are likely to be caused by mutations in the DNA that cause extreme depletion of a compound called serine. This, in turn, raises the levels of other compounds which are extremely toxic for the photoreceptors which consequently die.

Roberto is also the co-founder and co-chair of QueersInScience, a Melbourne-based organisation aiming to build community and improve support for LGBTQIA+ people working in STEMM (Science, Technology, Engineering, Mathematics, and Medicine) in Australia. The organisation value and importance has already been recognised by bodies such as the Australian Academy of Science, Science and Technology Australia, and The Victorian Government. QueersInScience has also organised the very first LGBTSTEMday symposium in Australia in July 2019.

You can find Roberto on: