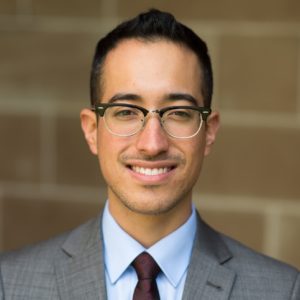 Ricardo Garcia, mentee in the 2019 MedTech-Pharma program in VIC (the University of Melbourne)

Ricardo is currently a Ph.D. candidate in the Melbourne Human-Robotics Lab at the University of Melbourne, Australia. He obtained his B.Eng. in Mechatronics in 2010 from Tecnologico de Monterrey, Mexico; and his M.Eng. in Mechatronics (with Distinction) in 2016 from the University of Melbourne, Australia. Ricardo was awarded during his masters with the Melbourne School of Engineering Foundation Scholarship and twice in the Dean’s Honours List. After his bachelor’s degree he worked as an Automation Engineer for F.EE GmbH, with focus on robot automation for car manufacturing, particularly for Ford and Audi in Turkey, Hungary, and Germany. His interest in human-robot interaction and health care robotics lead him to join the Melbourne Robotics Lab in 2016 to purse a Ph.D. and his current work on personalising upper limb prosthetic interfaces. Ricardo was awarded the Melbourne Research Scholarship and Mexico’s science and technology council (CONACYT) scholarship to fund this endeavour. His research aims to autonomously personalise the behaviour of smart upper limb prostheses to that of particular individuals in order to enable complex and coordinated human-robot arm motion.

You can find Ricardo on: