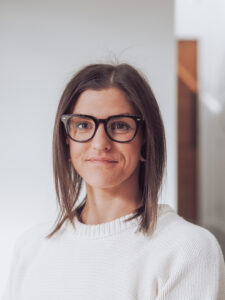 Rachael is a passionate mental health nurse with qualifications in both psychology and nursing, and she commenced her PhD with the University of Melbourne’s Department of Nursing in early 2020. She is a senior clinician and team leader of the suicide prevention service, HOPE, at Latrobe Regional Hospital although she has worked extensively within the mental health space including: acute inpatient units, the community acute crisis intervention service, emergency department and mental health triage, as well as the police response unit. Currently, she represents the greater Graduate Research student body at the School of Health Sciences Graduate Research Committee and is also the co-chair of the MSHS GR Colloquium.

Her research project is titled ‘A qualitative exploration of lived experience of attempted suicide by hanging to inform the current prevention agenda’. Suicide by hanging is a priority research area worldwide owing to its high level of morbidity and lethality, and increasing rates in some countries, including Australia. Exploring the narratives of those who have survived a hanging attempt may allow us to better understand the decision-making behind choosing this method. In gathering the unique lived-experience insight into this particular method her research aims to inform both the current therapeutic response to those presenting in acute crisis, and the current prevention agenda. Her research aims to position the participant as the expert in their experiences. She is incredibly passionate about her research field and hopes that it allows for meaningful intervention and influence in the current prevention space. As an extension to this, however, is the need to see this new knowledge translated into practice.