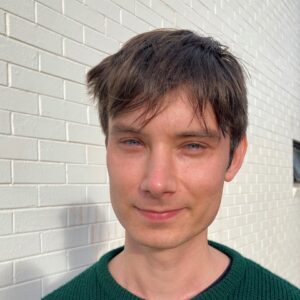 Owen Colman is a PhD student in pure mathematics, specialising in geometric representation theory. His research is motivated by a conjecture in mathematical physics known as the LG/CFT correspondence. From a mathematical point of view, this conjecture is interesting because it brings together two areas of mathematics that historically have not had much to do with one another: Lie theory (the study of continuous symmetries) and singularity theory (the study of critical points/catastrophes).

Although the goal of Owen’s research is not to solve a particular real world problem, studying pure mathematics has given him strong skills in problem solving and logical reasoning. Owen is also comfortable with the fundamentals of computer programming and data science concepts.