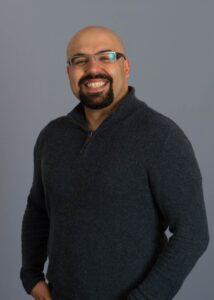 Nima received his bachelor and master degrees in material science engineering. He is currently a PhD candidate at Western Sydney University working on 3D printing of polymers and polymer nanocomposites and investigating the mechanical properties as well as thermal and electrical conductivity properties of 3D printed parts. This study is fundamental and is focused on mitigating the common issues that the additive manufacturing industry is facing when using Fused Deposition Modelling as the method of generating parts.

He has over two years of work experience as a research assistant at Deakin University (Geelong) and the Qenos polyethylene manufacturing plant (Altona, Melbourne). At Deakin University, his areas of interest were focused but not limited to the production of carbon fibres and carbon fibre composites. Being an independent researcher enabled him to gain some valuable skills in material testing and characterisation methods. His passion for learning new skills enabled him to be a part of a diverse research group and being directly involved in guiding and mentoring PhD and master students. The outcome of his research collaborations has been published in form of scientific articles in some high-quality journals.