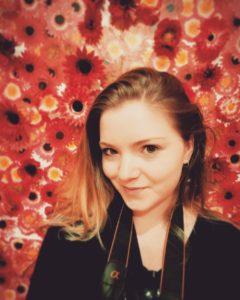 Michelle Clark, mentee in the 2019 MedTech-Pharma program in VIC (The University of Melbourne)

Throughout her undergraduate studies Michelle was involved in several internships. She was a Dean’s Prestigious Summer Scholarship Recipient for Otago University in New Zealand where she worked with Dr. Ping Liu on Alzheimer’s Disease. She also was a UROP student working for Prof. Daniel Hoyer in the Pharmacology and Therapeutics Department at The University of Melbourne and continued on as a research assistant in 2015 working on neuronal pathways of sleep.

Michelle completed her honours year in 2016, with an Alan W Harris Scholarship, at the Walter and Eliza Hall Institute of Medical Research (WEHI) in Prof. Marc Pellegrini’s laboratory working on hepatitis B and stayed on in the laboratory to start a Doctor of Philosophy in 2017.

She now works on the immunology and cell death pathways of the host in Leishmania spp. and hepatitis B infection and investigating whether therapeutics can be used to that target these pathways to reduce viral or parasitic burdens. Leishmania spp. are parasites that cause a disease called Leishmaniasis. This presents as severe skin ulceration but also as life-threatening infections of the liver, spleen and bone marrow and without treatment >95% cases of internal infections result in death.

Aside from her PhD, Michelle really enjoys teaching science to students and the public. She is the Student Mentoring Coordinator (Education Intern) at WEHI, where she leads a team of students who run several student mentoring programs for all students at the institute. She tutors university subjects such as first year Biology and second year Pharmacology and Microbiology at the University of Melbourne. She also works as a scientist mentor for the Gene Technology Access Centre where she teaches science experiments and concepts to both primary and secondary students.

Michelle also volunteers her time for Pint of Science, a nation-wide festival that is dedicated to bringing science to the public by having scientists give talks in pubs! This year, she is Head of Merchandising and Collateral and 2IC of Media and Marketing. The festival doubled ticket sales and increased merchandise sales by almost 6 times from last year.