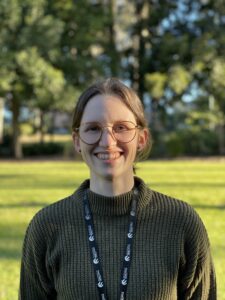 Jacqueline is currently a 2nd year PhD candidate working in the Preclinical Neurobiology Group at the University of Newcastle. She completed her undergraduate degree in Biomedical Science in 2015 and went on to undertake an Honours project focusing on investigating the potential mechanisms underlying post-stroke fatigue, under the supervision of Prof. Neil Spratt.She I then spent 2 years working in Industry where she took a role as a lab technician for a winery in the Hunter Valley. Ultimately, her passion for neuroscience and research led her back to the University of Newcastle in 2018 where she began working as a research assistant in A.Prof Brett Graham’s Spinal Cord Connections laboratory. This opportunity to investigate the spinal cord circuits involved in pain processing captured her fascination and she began her PhD with Brett’s group in mid 2019. Her PhD project specifically focuses on developing novel pain signalling assays, aiming to better understand spinal pain circuits and identify new analgesic medicines.

The techniques involved in her studies include using microelectrode array technology to investigate neuronal circuits, patch clamp electrophysiology to investigate the actions of single neurons, and in vivo animal studies to look at the behavioural responses. Her preliminary work using microelectrode array recordings to study network signalling in spinal cord slices led to an industry partnership with the biotechnology company Cannapacific. Our goal working with Cannapacific is to uncover underlying mechanisms of action for several cannabinoid isolates and determine which individual, or combination of, cannabinoids are most effective in producing analgesia. In addition to her PhD work she also enjoys supervising students undertaking projects within our laboratory and she works as a casual academic, teaching anatomy courses to undergraduate students across multiple health degrees.