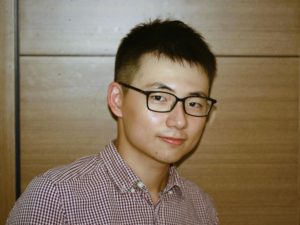 Hsiang-Sheng Chen received his master’s degree in Chemistry from National Tsing Hua University (NTHU), Taiwan. He worked with Professor Michael Huang synthesis and applications of shape controlled semiconductor nanoparticles. The fundamental finding was facet-dependent electric conductivity of semiconductors in nanoscale, which can be broadly applied to semiconductor-based device. Later, he joined Prof. Alexis Bell’s group in UC Berkeley in 2014-2015 for a one-year research program working on catalysis using zeolite for isomerization and dehydration of small sugar molecules to furanics, which are promising flatform molecules for production of biofuel and lubricants.

After 2 years of military service in Taiwan and returning to NTHU as research assistant, his aspiration on green energy solutions shifted to hydrogen fuel-cell catalysts when he commenced his PhD study in UNSW in 2017. His current project is about understanding active sites of expensive fuelcell catalysts in atomic level through ex-situ and in-situ analysis of well-defined catalytic surface.

You can find Hsiang-Sheng Chen on: