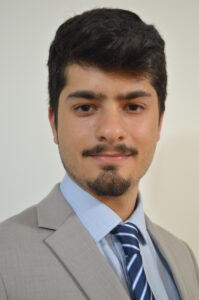 Mentee in the 2019 MedTech-Pharma Program at QUT, QLD

Gabriele Motta is a researcher in the field of surface science. His current research focuses on the interaction of low energy electrons and organic molecules, a topic which influences both the industry of electronic device fabrication and radiotherapy treatments. In 2015 Gabriele received a Bachelor of Science with an extended major in physics from the University of Queensland, after which he engaged in an honours research project in theoretical quantum physics, modelling quantum effects of ultra-cold particles using classical models significantly decreasing computational time.

As part of his PhD Gabriele is developing a novel instrument to probe the unoccupied electronic states of organic molecular thin-films, making it possible to directly measure key electronic properties of the materials from both a device fabrication and a materials science perspective. His PhD has exposed him to new challenges such as 3D modelling of parts using CAD software, electron microscopy, electron spectroscopy, and communicating his research to a non-specialist audience in the three minute thesis competition at QUT. Gabriele has experience in programming using languages such as C, LabVIEW, python, and MATLAB and has been further cultivating such skills in the development of pulse detection and system controlling software as part of his PhD project.

You can find Gabriele on LinkedIn here.