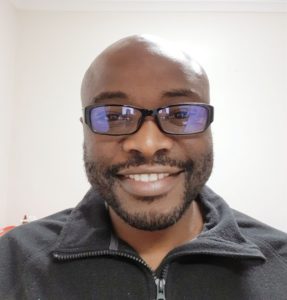 Eugie Kabwe, mentee in the 2019 Energy-Minerals Resources program in SA (The University of Adelaide)

Eugie studied mining engineering at the University of Zambia, gaining his bachelor’s degree in 2008. He joined the mining industry from 2009 until 2013. In this period, he worked as a production engineer and later a rock mechanics engineer. After that period in the mining industry, he earned his MEng degree in mining engineering from The University of Science and Technology Beijing in 2016. Thereafter, in 2017 he rejoined and worked in the mining industry for a couple of months as an equipment productivity engineer. He is currently undertaking a PhD in mining engineering (rock mechanics) at the University of Adelaide. His area of research includes computational rock mechanics, numerical analysis for the design of underground excavation in rock masses, tunnelling in soft ground, and weak rocks as well as design and implementation of rock reinforcement. His PhD project is focused on a solution that will reduce the high cost of extra support installation and time-consuming rehabilitation required to maintain the serviceability of tunnels in squeezing ground. It will be achieved by developing a new constitutive model to capture the time-dependent deformations related to squeezing. The model will be an indicator of the rock mass squeezing potential and will provide a better understanding of the squeezing phenomenon at the feasibility stage of tunnel excavation. It will be used to design appropriate excavations, tunnel support strategies and predict the squeezing mechanism in underground mines all over the world.