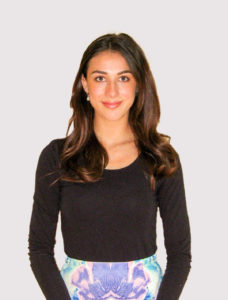 Delphi received her bachelor of Science with first class honours at Monash University, Melbourne in 2015. She is currently in her final year, working towards a Doctor of Philosophy at RMIT University, supported by an Australian Postgraduate Award. She planned and managed large-scale scientific events as part of the Victoria-wide Students of Brain Research Network (SOBR) 2018 Committee, and as president of the RMIT SHBS HDR Candidates Network from 2017-2018. She also designs logos and artwork for research program groups within RMIT.

Her field of research is developmental neuroscience, with focus on investigating the effects of pregnancy complications on the developing brain. In particular she works towards developing a therapy for brain damage caused by intrauterine growth restriction (IUGR), which can be applied perinatally to improve quality of life for these vulnerable babies as they grow.

Recently, her research on the safety of a thyroid-hormone based therapy given in a model of IUGR was presented at the Fetal Neonatal Workshop of Australia and New Zealand (FNW). Delphi has been invited to present her research at the Congress of Joint European Neonatal Societies (jENS) in the Netherlands later this year.

You can find Delphi on: