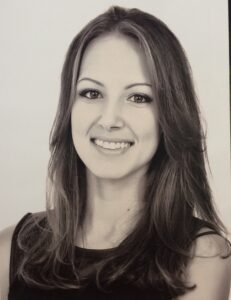 Daniella Hock, mentee in the 2020-21 program in VIC (The University of Melbourne).

Daniella Hock is a graduate researcher within the Biochemistry and Molecular Biology department at The University of Melbourne. Daniella completed her Bachelor of Biological Sciences at the Universidade Federal de Santa Catarina (UFSC) Brazil, with a 1.5 years exchange at Queensland University of Technology (QUT) supported by a Science without Borders Scholarship.

During her undergraduate studies, Daniella was involved in two main research projects. Her first research experience was in a biotechnology laboratory generating and profiling genetically modified industrial yeast to improve bioethanol production from sugarcane in Brazil. This project has been submitted as an innovation patent. Her second research experience was at QUT where she investigated the changes in genetic expression (transcriptomics) under wound healing in sea anemones using next generation sequencing and bioinformatics approaches.

After graduating, Daniella took a position as molecular scientist at Biogenetika, a private company in Brazil performing genetic testing for predisposition to diseases, diet and exercise type. She was also involved in the development of a new next generation sequencing test for microbiome composition and improvement of internal processes such as automating genetic report delivery, preparing marketing materials, and establishing laboratory accreditation protocols.

Since Daniella moved to Melbourne in 2017, she was first hired as a research assistant by Dr. David Stroud and later offered to undertake a PhD in the diagnosis of patients with suspected mitochondrial disease. She uses quantitative proteomics and biochemical approaches to determine the patient’s pathogenic mutation among hundreds of other non-pathogenic variants. Daniella is excited by the challenging nature of researching undiagnosed patients and the impact of her research to society and medicine.

You can find Daniella on: