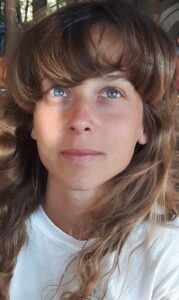 Daniela is currently working on a 6-months Post Doc contract at UTS, where she also obtained her PhD degree. She obtained her Bachelor and Master degrees at Utrecht University, Netherlands. Part of her Bachelor included a 6 months coursework at UoA (NZ) and part of her Master included a 6 months internship at UCSD (USA). She started her education with biology, picking elective courses on cellular and molecular biology, with the aim of making my way to become a neurobiologist. Once she tried neurobiology, she realized it wasn’t as interesting yet (as of then or today) as she expected it to be, and concurrently became interested in biotechnology.

She obtained a fair share of experience working with mutant strains of fungi, used in the biotech sector. Then, she became sick in late-2013, diagnosed with ulcerative colitis. Since then, my interest in bacteria became more intense, and she  started researching inflammation of the gut and its relation to the microbial community living within. Digging into the topic, it wasn’t long before she realized the importance of a well-done microbiome analysis, which includes aspects such as introduction of bias, and the use (and picking) of software to run the analysis. She decided she needed to know everything about it and, partially intentionally fleeing Europe for a while, she found Aaron’s lab and their amazing work.

Daniela sensed he was going to teach her a lot, and she can’t say she was wrong on that one. Five years later, she finds herself with much of the experience she desired, and looking towards making her way into industry, with a very defined scope in mind: her own company, offering microbiome analysis to help diagnose and follow up patients and (possibly, in a few more years) a therapeutic opportunity by modulating the gut microbial community.