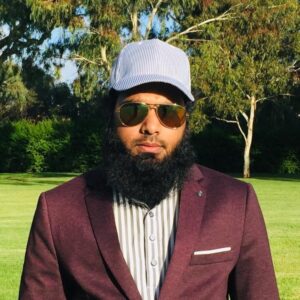 Anowarul is currently a PhD student at the college of medicine and public health, Flinders University. He is now working on a ground breaking project entitled “Metabolic effects of aneuploidy and their relevance to neurodegeneration” in Flinders Medical’s state-of-the-Art cancer research centre. In this project, the effect of aneuploidy on neurodegeneration will be tested by using RNA interference to deplete genes predicted to affect ROS levels or cell survival in our model for induced aneuploidy in Drosophila. He will be responsible for generating the appropriate genotype animals and for doing the cell biological analysis of their phenotypes using immunohistochemical assays for cell death, ROS levels, mitochondrial activity, neurodegeneration, motor activity etc.

Going back into his past achievements, in February 2019, Anowarul was awarded a master’s degree (by research) from Chonbuk National University which is one of the South Korean tops ranked university. He managed to achieve outstanding CGPA 4.00 out of 4.00. His thesis was scored 90 out of 100. In his two years of master’s training program, he worked in asphyxia cardiac arrest rat model design to screen the potential therapeutic strategies for rescuing the vital organ damages after cardiopulmonary resuscitation (CPR). We found hypothermia treatment immediately after CPR showed the therapeutic potential to protect renal injury in the asphyxial cardiac arrest rat model.

In December 2015, Anowarul was awarded a doctor of veterinary medicine degree from Sylhet Agricultural University, Bangladesh, which included one year of internship in various governmental and non-governmental organizations. He was ranked position first in five years period and as a recognition of his highest CGPA (3.80 out of 4.00), he was awarded “University outstanding student prize”. Additionally, he was awarded a highly prestigious and coveted “Prime Minister Gold Medal Award 2015”. Students are nominated for this award from the nation in the top 1 percent for the entire course program.