In partnership with MTPConnect’s Research Exchange and Development in Industry (REDI) initiative the Australian Academy of Technology and Engineering’s (ATSE) Industry Mentoring Network in STEM (IMNIS) is launching IMNIS International.

Five IMNIS mentees were selected to participate in the IMNIS International program. They were selected after a competitive process and were identified by ATSE to demonstrate the desire to develop their understanding of the global STEM environment, international career pathways, and the economic, political, legal, and socio-cultural nuances to the domestic STEM market.Through their participation in the IMNIS International program, mentees will be better equipped to understand international trends and advances in applied science, technology and engineering, as well as the relationships between international, national or regional organisations and their impact on business practices and the regulatory environment globally. 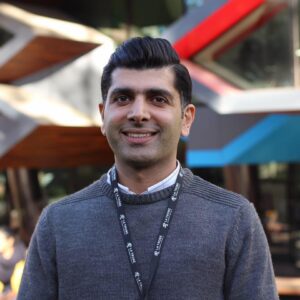 His main expertise is molecular biology, and his PhD project focuses on developing a rapid in-field DNA-based pathogen detection method in environmental waters, using a loop-mediated isothermal amplification (LAMP) technique. This assay is a potentially faster alternative to the current methodology used for microbial source tracking in waterways. 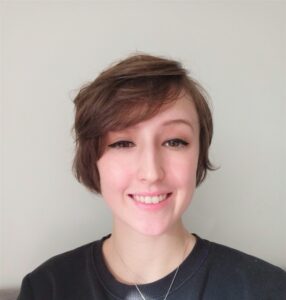 Joanne graduated from Trinity College Dublin in Ireland with an undergraduate degree in Biochemistry. She has since spent time in the University of New South Wales studying phase separation, and in Bio21 in The University of Melbourne studying novel drug targets for malaria parasites. In Bio21 she had the privilege of working with both Takeda Pharmaceuticals and GlaxoSmithKline.

She is now a second year PhD student in Monash University studying phase separation. Her PhD focuses on advancing current methods that are used to study phase separation, and in creating novel methods to explore this multidisciplinary topic. 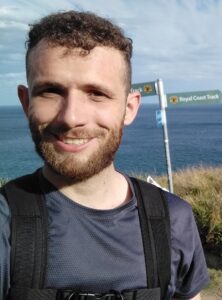 Joao is a PhD student at RMIT University in Melbourne where he works with thin film cells, a technology used in some flexible solar energy panels. Joao also has a master’s degree from UFMG in Brazil where he studied batteries similar to the Li-ion ones.

During his undergrad he took a mix of Chemistry and Materials Science subjects at UFMG and at UNSW in Sydney where spent a year in an exchange program. This gave the base to work with energy conversion and storage devices in his PhD and master’s degrees. Joao also had a great experience as a R&D intern in a pharmaceutical company in Brazil.

Now, Joao is interested in reducing the cost of novel technologies for renewable energy generation and storage, making them commercially viable. He also wants to keep enjoying the challenges and rewards of working in culturally diverse and interdisciplinary environments. 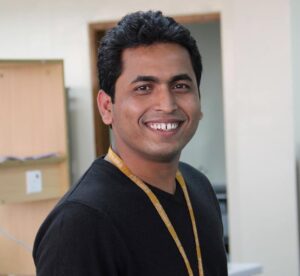 M Arifur Rahman works as a postdoctoral research officer in the Immunopathology group at Mater Research Institute based at Translational Research Institute (TRI), The University of Queensland (UQ). His current research is focused on studying the human and rodent immune systems to help design more effective therapeutics and vaccines against chronic and infectious diseases.

He finished his PhD in Immunology focusing on autoimmune diseases from UQ in 2020. The major outcome of his doctoral work contributed to the discovery of two potential T cell based novel immunotherapeutic approaches for the treatment of chronic autoimmune diseases. As a natural collaborator, Arif has worked with many renowned scientists in his career and is comfortable working in challenging environments and has successfully co-authored high-impact research articles so far. With the ability to work hard through sincerity, creativity, and dynamic skills, he aspires to become a successful life scientist. 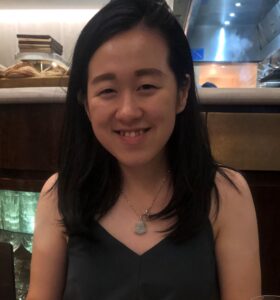 Devi completed her Bachelor of Science at University of Western Australia (UWA) and continued with her Honours degree at University of Melbourne. She is currently a 2nd year PhD student, investigating the potential of nanoparticle as vaccine carriers. Her project focused on the capacity of dendritic cells to take up, process and present the antigen presented by the nanoparticles to T cells. She has since moved on to in vivo models, where she is looking at whether the nanoparticle vaccines are able to mount endogenous T cell response and protect against cancer and influenza.

Devi hopes that her project may bring an alternative vaccine platform that may potentially be used effectively, safely and efficiently against cancer and infectious diseases. Additionally, her project is also focused on using CRISPR-cas9 system to screen for potential molecular machinery playing a role in the regulation of Clec9A (receptor highly expressed by a certain type of dendritic cells). 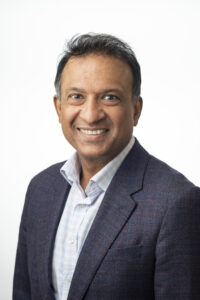 His unparalleled expertise and deep relationships with key physicians and treatment centers around the world are integral to Orchard’s efforts to identify patients with metachromatic leukodystrophy and other diseases through targeted disease education, early diagnosis and comprehensive newborn screening. Bobby is also an Honorary Professor of paediatrics and immunology at the UCL Great Ormond Street Institute of Child Health and has led multiple clinical trials that have shown that gene therapy can successfully correct the genetic defect in immune deficiencies. He studied medicine and surgery at Kings College in London before completing his Ph.D. at the UCL Institute of Child Health. 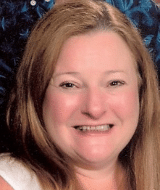 Linda is a cellular biologist by training, but now work as a consultant in the innovation area for the UK Govt Innovation Agency (Innovate UK). Linda monitors risky R&D projects where there can be a range of partners, SMEs, large companies and academia. She supports as well as monitors the project participants.

Her background in scientific research and development over many years has enabled her to understand the complex issues scientists have in entering the commercial field. Linda spent 9 months in Australia (SA, VIC, NSW) networking with state and federal government, as well as biotechnology companies to fully understand the ecosystem and try to set up links with the UK. 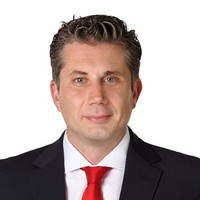 From an early interest in biology Michael pursued a Biotechnology degree from the University of Wollongong, with the final year working on-site at NSW Agriculture (EMAI campus). Michael then moved to Melbourne and completed at PhD at La Trobe University.

After initial work in R&D he transitioned to industry to build on my interest in Life Science Sales and Marketing. Michael is an experienced commercial leader with a demonstrated history working across the biotechnology industry. Skilled in Business Development, Marketing Strategy, and Asia Channel Management. Passionate about communicating science, building new businesses and leading diverse teams across Asia. Experienced in supporting lab diagnostic response to outbreaks in both a clinical (COVID, MERS) and veterinary (African Swine Fever, Foot and Mouth Diseases) setting. Special interests include Veterinary Diagnostics, Zoonotic Diseases, low cost diagnostics micro-fluidics (for resource poor settings), and the emerging field of Microbiome research.

In Michael’s current role he is focused on the following platforms; Next Generation Sequencing, Microarray, CE, Open Array, PCR and Serology (ELISA). He is currently living in Colorado USA managing a 250M+ life science business focused on Genetic Sciences for Thermo Fisher Scientific. 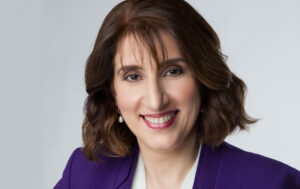 Despina Anastasiou is Global Marketing Director for Growth Platforms. In this role, she is responsible for identifying new materials and new business models that provide opportunities across multiple businesses and markets.

She is a member of Dow’s European Marketing Leadership team, and active steering team leader and chair for Dow’s Employee Resource Groups focusing on coaching, mentoring and talent development across the company’s multigenerational workforce.

Despina joined Dow Chemical Australia in 1990 and in the 30 years that followed, she has held diverse roles of increasing responsibility in Technology and Technical Service, Market and Account Management, Business Development and Business Leadership across a broad range of products, markets and countries, including a three-year assignment in Shanghai China. In late 2013, Despina was named Country Leader for Dow Hellas and relocated to Athens, Greece with her family. Thereafter, this role was expanded to Regional Leader for Dow Central Europe. Despina assumed her current role in May 2019 and moved to Horgen Switzerland in June 2019.

Despina attended Monash University in Melbourne, Australia. She holds a B.Sc. (hons) and a Ph.D. in Chemistry and was awarded a Commonwealth Scholarship for the latter. She also holds a Graduate Diploma in Japanese language from Swinburne University. Despina was awarded a Pinnacle Award for Sales Excellence and Six Sigma Black Belt certification. In 2018, she was elected a Fellow of the Royal Australian Chemical Institute in recognition of her contribution to Chemistry and STEM.

Despina and her husband Peter have 3 adult sons. 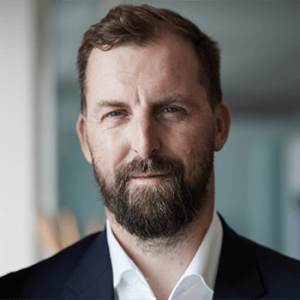 James Rush is an expert immunologist and drug development scientist with extensive experience leading successful preclinical and clinical research and development for novel therapeutics in immunology, inflammation, nephrology and transplantation.

Originally from Australia, James received his Bachelors in Applied Science (Hons) from the University of Western Sydney in 1994 and Ph.D. from Sydney University in 2000. He completed a HHMI postdoctoral fellowship at Yale University in the laboratories of David Schatz and Charlie Janeway. After his postdoctoral work, he joined the Genomics Institute of the Novartis Research Foundation in San Diego in May 2005 where his lab utilized high throughput genomics and small molecule screening technologies to identify novel regulators of innate immune receptor and B cell function.

He then moved to the Autoimmunity, Transplantation and Inflammation (ATI) disease area at Novartis in 2008 to lead a project team working on the development of a novel immunomodulatory antibody (iscalimab) targeting the CD40 receptor that has achieved positive clinical proof-of-concept in kidney transplantation and Sjögren’s syndrome. He has concurrently led the Translational Research group in ATI over the past four years; this group has focused on the profiling and analyses of human disease samples, multi-omics profiling and bioinformatics analyses to understand disease biology and inform clinical development at a portfolio level.

After completing an Executive Masters in Healthy Economics, Policy and Management at the London School of Economics, he transitioned into a dual research and commercial role as a Global New Products Director in the Immunology, Hepatology and Dermatology business franchise at Novartis. In this role he is responsible for providing commercial input and strategic guidance to early stage R&D programs and in-licensing opportunities in autoimmunity, transplantation and rheumatology.