IMNIS Alumni: Where are they now? – Dr Nicholas Liau 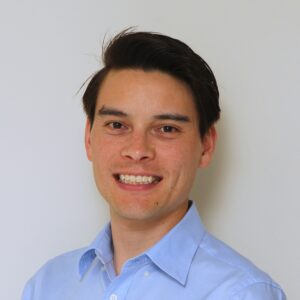 Before beginning his postdoctoral work, Nick completed his PhD at the Walter and Eliza Hall Institute of Medical Research (WEHI) in Melbourne, in structural biology. Before that, Nick was a corporate lawyer, so ending up as a researcher in biotech in the United States has certainly been a sharp change of direction!

Nick currently works as a Postdoctoral Research Fellow at Genentech Inc., a large biopharma company in South San Francisco, USA. He works in the structural biology department and solves problems at the interface of fundamental research and applied drug discovery research. While working at Genentech Inc., he is encouraged to publish papers as part of the Genentech postdoctoral program, so he has been able to share a lot of this research with the broader scientific community.

What was the most impactful thing you learnt during your time in the IMNIS program?

Nick’s mentor, Professor Paul Wood AO FTSE, stressed the importance of networking with people well ahead of time. To him, “networking” held all the negative connotations of standing awkwardly at a social event. But he came to understand that some of the best people to have in his network were people he was already close to, like his co-workers and peers – other PhD students. Many of them knew other STEM professionals so they could introduce him.

As well as talking to other people, Paul stressed the importance of thinking ahead. Going into IMNIS Engage, Nick did not have any specific plans about what to do after his PhD, but going overseas into industry was a vague plan. Paul said it was something that he should start planning in a concrete way, especially given how much time it would take to connect with people and get a feel for the job market in another country.

“Some advice to other mentees out there, I think the above lessons about networking and planning ahead are relevant even if you’re not entirely sure what you want to do next. The process of talking to people and fleshing out the details of a few different scenarios can be really valuable, even if (and especially if!) the answer you arrive at is, ‘that’s really not for me.’”

How did the IMNIS program help you to get where you are today?

Nick was able to apply what he had learnt from his time in IMNIS Engage and transitioned into a postdoctoral position at Genentech. In 2016, Nick was at a Keystone conference in the USA as part of his PhD research. He reached out to co-workers at WEHI to see if they could arrange for him to meet with some scientists at Genentech as a way to make contacts.

A year later, one of the scientists Nick met was looking for a new postdoctoral researcher. Nick and the scientist had spoken for about 20 minutes, but it was enough for him to remember when Nick emailed him directly, opening the door for a casual chat and then a formal interview.

In hindsight, it was starting early, and using a chain of contacts starting with people he knew well, which made all the difference. Nick had always lived in Melbourne, so it was a significant process to pack everything and move to the other side of the world. But he is glad that it’s something he has been able to do, and it wouldn’t have been possible without thinking about it early.

You can connect with Nick on LinkedIn