IMNIS Alumni: Where are they now? – Dr Clayton Harris 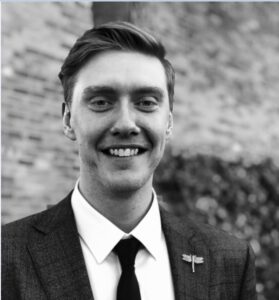 Clayton studied an undergraduate degree in Environmental Management and Ecology at La Trobe University. Followed by Honors and PhD in Environmental Chemistry focusing on dissolved organic Nitrogen leached from Eucalyptus leaves acting as a food source to in-stream food webs.

Following on from his PhD he joined the Department of Industry, Science, Energy and Resources graduate program with the Australian Government in Canberra. Since joining the Department, he has worked in many different areas and undertaken many different roles including community engagement for the National Radioactive Waste Management Taskforce, assisting small businesses in the AusIndustry Division, science communication for the Corporate Division and working in the Minister’s Office at Parliament House.

Clayton is currently the assistant manager, Environment, Safety and Security in the Offshore Resources Branch and he is responsible for the Australian Government’s strategic response arrangements in the event of an oil spill at an offshore petroleum facility.

The most impactful thing Clayton learnt about during his time in the IMNIS program was the wide range of career options available for him to pursue outside of a career in research. He also was able to see the skills that he learnt during his postgraduate studies were valuable and transferrable and could easily be applied to other career paths within industry and government.

In addition, participating in the IMNIS program gave Clayton the confidence to network. During his time in the program, he attended a conference with his mentor and was challenged by his mentor to network and collect 20 business cards by the end of the day. A very nerve-wracking challenge! However, once he started talking to people, he realised that most of them had been in his position before and were happy to spend time talking to him. Through putting himself out there he gained valuable insights and has continued to seek opportunities to network and learn from others.

You can connect with Clayton via  LinkedIn.