In trying to map out my career so far, I can probably pinpoint four key points since high school that have led me to where I am today. Each of these points represented a significant juncture that played an important role in influencing my pathway to working in a career at the intersection of science and policy.

In Year 11, I was selected to attend the National Youth Science Forum (NYSF), a summer residential program for students with an interest and aptitude in STEM. Spending two weeks in Canberra with over one hundred other young people interested in science from all over Australia, visiting research labs and institutes, and talking about career and personal development really opened my eyes to the possibilities in studying STEM at university.

Up to that point I had mostly thought about medicine as the best pathway for me, but I became exposed to the opportunities that a science or engineering degree would open up. I also had the opportunity to return to the NYSF as a student staff member in the subsequent two years, and represented Australia at an international youth science seminar in Stockholm, which further convinced me that the varied and global pathways offered by studying science could open up.

I’ve been struck by the number of NYSF alumni I continually run across in my current role, and I’m immensely grateful to have had such an impactful experience just when I was making important decisions about my university studies. The then (and founding) director of the NYSF, Professor Rod Jory, was a particular mentor during my association with the NYSF and for many years after that.

My second formative moment came when I was working as a research assistant in the ophthalmology department at Flinders University, during a quasi-gap year between my BSc and Honours year. It was 2002 and the Federal Parliament was debating legislation to legalise research on human embryonic stem (ES) cells. My research project and subsequent Honours project both involved ES cells, so I had a keen scientific interest in the outcome. I’d also worked part time during my undergraduate degree as an electorate officer for a federal parliamentarian, so the policy aspect fascinated me.

I remember feeling somewhat depressed about the small number of politicians involved in the debate who actually had some sort of STEM training and could understand the issues from a scientific perspective. Watching this debate unfold made me start to seriously think about aiming for a career that would combine scientific training with policy development.

After I completed my Honours year in biochemistry (working on the differentiation of ES cells into cells of the eye), I moved to Melbourne and worked as a research assistant and residential tutor at Melbourne University. I had started making plans to start a PhD in Melbourne when I decided to apply for overseas PhD scholarships. This led to my third critical juncture when I was selected for a Rhodes Scholarship to study at Oxford University.

In the space of about 10 months I found myself hurriedly researching and contacting potential DPhil (PhD) supervisors, packing up my life in Melbourne and getting engaged to my now wife, who initially stayed in Melbourne to complete her medical training. It was a fairly hectic and unsettling time, and I ended up arriving in Oxford at the start of a dreary English winter, minus a fiancée and embarking on a doctorate with a supervisor I’d only ever spoken to by phone.

Thankfully, the community of Rhodes Scholars and other graduate students at my college (St John’s) and department, made it much easier to settle in. The experience demonstrated to me the importance of finding mentorship and support from amongst your peers, not just those in more senior or experienced roles.

My time in the UK was a fantastic experience – working around research and experiments, I tried as much as I could to take advantage of the huge variety of music, sport and leadership opportunities in Oxford, along with travel within the UK and Europe. Mid way through my DPhil my supervisor was appointed to a new position at Cambridge University, so I followed her to set up a new lab there. The move was certainly disruptive and added several months to the length of my degree, but it was a good chance to experience another iconic university town and research environment. 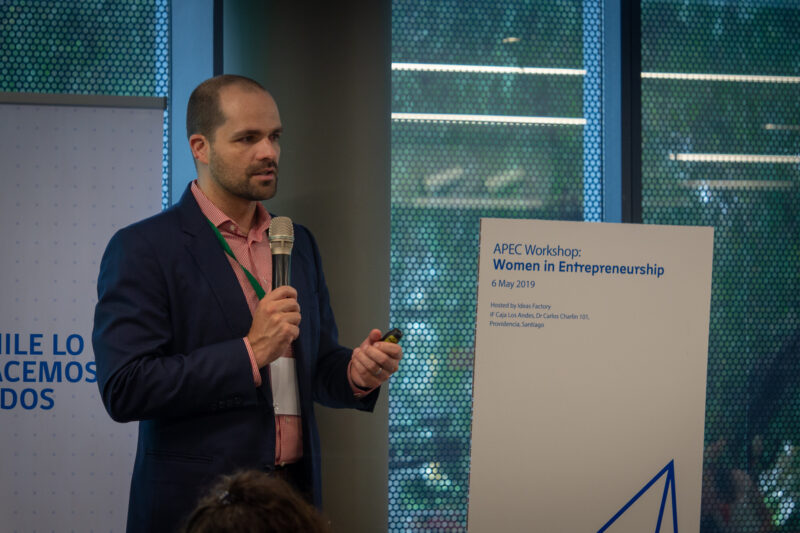 To shorten the story, my wife and I left Cambridge in mid-2009 after I’d finished my DPhil, spent 3 months living in Malawi doing volunteer aid work at a school and hospital, then moved to the US to take up a postdoctoral fellowship at the National Institutes of Health in Bethesda, Maryland, just outside Washington DC. Towards the end of my doctorate I’d been starting to question whether I should stay in research, but my wife was keen to do postgraduate study in the US and obtaining a postdoc position seemed an easy way for us both to get visas!

I spent a fantastic two years at NIH, which was certainly a mecca for biomedical research and a great international community of researchers, but it was the non-research and off-campus activities that captured most of my attention. I attended numerous seminars and talks in Washington hosted by think tanks and policy groups and began doing volunteer work for a number of science policy organisations alongside my postdoc.

My fourth key moment came when the director of one of those non-profits, Professor George Atkinson, asked me to come on board as a full time staff member to help run the institute he had established. George (a professor of chemistry at the University of Arizona) had taken time out of academia to serve as S&T Adviser to the US Secretary of State, under Colin Powell and Condoleezza Rice. After leaving this role, he established the Institute on Science for Global Policy (ISGP) to help bridge the gap between researchers and policy makers, primarily through invitation-only conferences that involved focussed and intense debates about policy issues impacted by science and technology.

I remember being quite hesitant about making the jump from research to policy, even though it was what I had mulled over for all those years ago as an Honours student. I started wondering whether I should just stay in my postdoc for a bit longer to try and finish a publication, or whether it was worth the risk of changing from my secure postdoc visa to a work visa.

I particularly enjoy working with the amazing ATSE Fellows, who represent the leaders in their fields from across Australian industry, research, academia and government – many of whom have provided very generous mentorship and advice

Thankfully, I received great advice from George and the director of the NIH’s office for postdoc training, Dr Lori Conlan, who pointed out to me that the job offer was basically the exact opportunity I’d been looking for to make the transition, and that I was looking a gift horse in the mouth! With that support, I left research and spent a productive and fascinating two years with the ISGP working with policy makers from the US and foreign governments.

I moved back to Australia in 2013 and soon after took up my current position as director of policy with the Australian Academy of Technology and Engineering (ATSE). My current role is very diverse and involves working across a large range of policy areas that are affected by applied science, technology and engineering. I particularly enjoy working with the amazing ATSE Fellows, who represent the leaders in their fields from across Australian industry, research, academia and government – many of whom have provided very generous mentorship and advice.

After five and a half years with ATSE, I’m not yet sure what my future will entail, but I hope it will continue to involve working at the nexus of science and policy and allow me to still say that I consider myself a scientist! 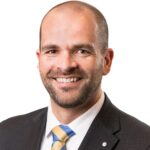 Dr Matt Wenham is the Executive Director, Policy at the Australian Academy of Technology and Engineering (ATSE), Australia’s national learned academy for applied science, technology and engineering. Matt leads ATSE’s policy team, which provides independent, evidence-based advice to government and industry based on the expertise of over 880 Fellows of the Academy. Prior to joining ATSE, Matt was a Senior Policy Associate at the Mitchell Institute for Health and Education Policy, an independent think tank based in Melbourne, a role he accepted in 2013 on returning to Australia. In the United States, Matt was Associate Director at the Institute on Science for Global Policy (ISGP) in Washington, DC. Before joining the ISGP, he was a postdoctoral fellow at the National Institute for Diabetes & Digestive and Kidney Diseases at the US National Institutes of Health in Bethesda, Maryland. Matt received his Bachelor of Science and Honours degrees in biochemistry from the University of Adelaide and holds a Graduate Diploma of Education from Monash University. In 2005, Matt was selected as a Rhodes Scholar for Australia-at-Large and moved to the University of Oxford to undertake his DPhil (PhD) in cell biology and immunology at the Sir William Dunn School of Pathology. He undertook part of his doctoral research at the Cambridge Institute for Medical Research, University of Cambridge. Matt has served in the Australian Army Reserve and completed the reserve officer commissioning course at the Royal Military Academy Sandhurst, UK. In 2003, he was awarded the Australian Centenary Medal, for services to the community as chair of the South Australian Government’s ministerial advisory council on youth affairs.