This year’s IMNIS Programs launched with an outstanding series of events on Visionary Leadership.

In Adelaide, the Visionary Leadership Keynote was presented on 30 July 2019 by esteemed Academy Fellow and leader in aerospace, Dr Dong Yang Wu FTSE. Dr Wu’s speech had many valuable insights to share with IMNIS mentors, mentees and our invited guests, and she has kindly shared her transcript. 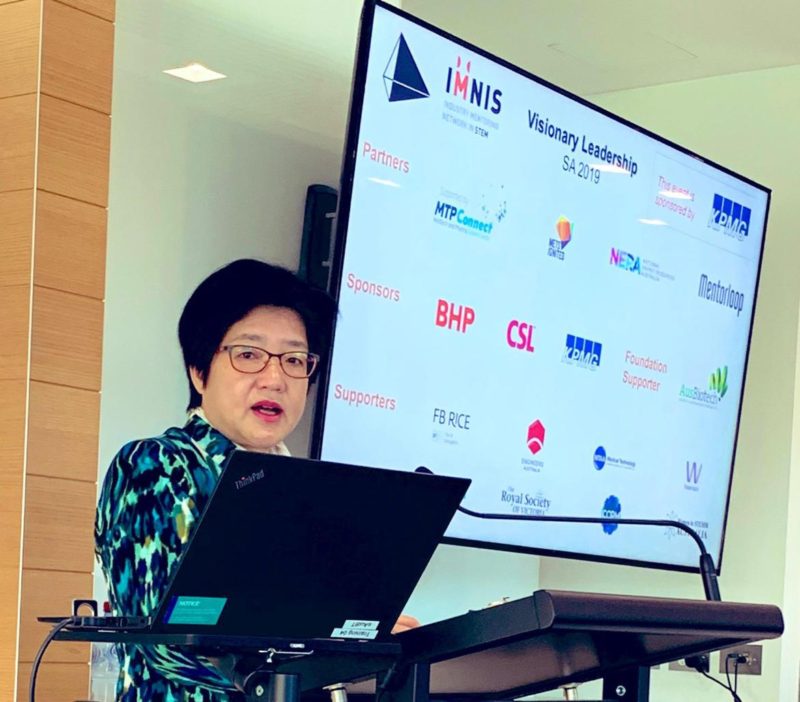 Now let me try to unpack these two components using my personal experience.

I joined CSIRO in 1991 after finishing my PhD in France. My first major visionary leadership challenge at CSIRO came 13 years later when I was appointed as General Manager of six teams. The teams were working independently and struggling to meet their science and commercial targets. It was obvious that we needed to develop common goals and a vision. The question was how? We first followed the text book suggestion of forming staff working groups as a common practice of developing a shared vision. While this was a useful mechanism to listen, gather inputs and guide people’s mindset for the future, the outcomes were more status quo rather than future oriented as is often the case. So, I took it upon myself to develop an in-depth understanding of the teams’ expertise, achievements, and aspirations while conducting an extensive “landscape analysis” to identify relevant and high-growth technological opportunities as well as current and anticipated industry needs. These efforts led to a vision which was enthusiastically embraced by the teams because it provided a clear path to impact and leveraged the collective capabilities to address relevant and significant industry issues while contributing to forward-looking scientific challenges such as nanotechnology and sustainability.

If you ask me whether I have struggled during the process. The answer is “Yes, a lot!” It was hard because there were lots of information to disseminate and judgement calls to make, and it required a lot of effort, courage and persistence to come up and propose a vision that will be put under the microscope. But it was necessary. To implement the vision, I secured large and innovative projects from industry and government in alignment with the vision. I also coached the teams on how to translate customer’s requirements into practical and innovative concepts, how to prepare winning research proposals, how to adopt project management best practices and how to extract research ideas from the industry projects to produce high impact publications. At the end, the struggling teams were transformed into a coherent and high performing entity which exceeded our science and external income targets each year and received strong industry and CSIRO support.

“Visionary leadership requires the courage to be different, the willingness to take responsibility, and the commitment to the people who trusted us as their leader” – Dr Dong Yang Wu FTSE

My next leadership challenge came when I took on the job of Melbourne Centre Manager at Boeing in Oct 2008. The initial feedback from the internal customer was that the Centre has done nothing for them since its establishment 7 months ago. What happened was our staff who came from the customer’s engineering team were still doing their old jobs of solving incremental engineering problems. I asked probing questions and listened carefully which led to the realization that our vision should focus on next generation of technology development instead of solving day-to-day engineering problems for the current production. This proposal was strongly endorsed by the customer. I then used my knowledge and experience to guide the development of a technology road-map and a corresponding research program, followed by mentoring and coaching the team on innovative thinking and methodologies. As a result, we built an innovation culture resulting in numerous innovative outputs, transformed a strained customer relationship into an exemplary partnership within Boeing and positioned our customer well for winning future work package.

Looking back, this experience was quite intimidating and overwhelming at the time given I came from a research organization with no manufacturing experience. I had a lot to learn within a short time, but I managed to do it by bringing a fresh perspective and taking advantage of my research and innovation experience including the ability to identify and synthesize information, and my willingness to help the team to build new skills and culture for effective implementation of the vision.

The success at the Melbourne Centre led to my appointment as Vice President of Boeing Research and Technology in China for five years. The work environment there was much more complex and political. There were high expectations and conflicting demands, IP leakage concerns, US export restrictions etc. I had to understand the big picture and the strategic priorities, evaluated the impacts of conflicting demands based on which I negotiated an agreement to my proposed vision. This vision aligns with Boeing’s strategy while fulfilling its commitments in China, and it was well supported by the stakeholders as indicated by our annual budget being grown by 14 times because of the significant funding leverage from our Chinese partners.

The leadership experience at CSIRO and Boeing prepared me well for the role of Chief of Aerospace Division at Defence Science and Technology Group during the last two years. I was leading over 300 scientists, engineers and technicians to support every aspect of the operation and maintenance of Australia’s air combat fleet. The Aerospace Division has a proud history of delivering values to Defence, particularly in sustaining military aircraft, for instance, the work of the Division has led to 14 years life extension of F-111 and millions of dollars savings. Over time, our people thought we could just keep on doing the same thing despite of a changing external environment. I was hired to address the perceived “inward looking and not forward looking” culture and operation of the Division. Being the first female Asian Chief and an externally hired Chief of Division represent a big challenge for me technically, politically and perception wise. The responsibility was huge, the stake was high, the learning curve was steep, and the control was not always mine! 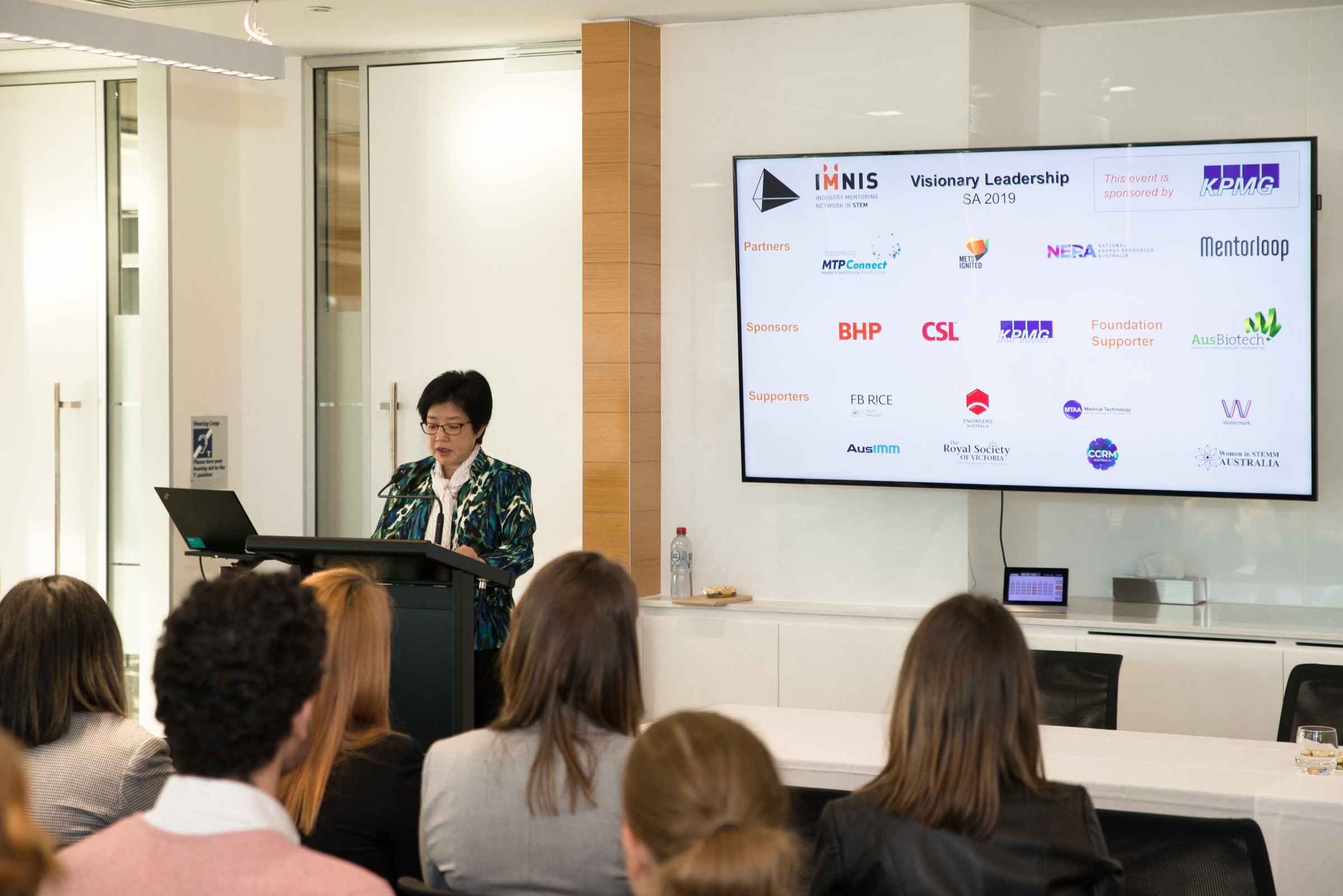 I took the same approach of extensive reading, learning, listening, synthesising to develop a new strategy although the scope was much broader and much more complex. In the new strategy entitled “AD Plan – A Catalyst for the Future”, I took the risk of calling out three strategic focus including innovative sustainment, unmanned aerial systems (UAS), and live, virtual, and constructive simulation (LVC). When the proposal was first socialised with our military stakeholders, I received a lukewarm reception and understandably so considering I was a new comer to defence. Luckily, the stakeholders organized an “Air Power” Conference a few months later during which the international experts kept talking about the importance of UAS and LVC in future combats. Hence, our proposed focus areas became our stakeholders’ priorities and I gained credibility.

The subsequent implementation of the strategy involved significant cultural change such as breaking down stove pipes, encouraging accountability for outcome and delivery, developing research portfolio by starting with the end in mind and taking a system’s approach. It also included new capability developments in creating outcome-focused technology roadmaps by incorporating latest developments in 3D printing, data analytics, artificial intelligence, and advanced materials for innovative aircraft sustainment and winning military concepts. A lot have been achieved over the last two years and much more still to be done.

The new strategy also attracted strong support and sponsorship from the Australian Chief of Joint Capability (CJC) Air Marshal Warren McDonald who gave us an opportunity to demonstrate our capabilities including UAS for a specific mission within three months. This unprecedented short time frame combined with the level of technical complexity was a huge challenge for us. I took it as an opportunity to fast track our cultural change and capability development. We involved people across the Division to brainstorm ideas and short-listed winning concepts within a couple of days. We formed multi-disciplinary teams to execute the plans. I held weekly meetings with the team to provide support and encouragement, ensure progress and remove obstacles. Our staff were really inspired and energized, and the demonstration held early this month was a huge success. CJC was very impressed by how we met and exceeded all objectives set by working in a synergistic and agile manner, which led to his commitment for continuous support and sponsorship.

In summary, I think visionary leadership involves (i) sense making, which required understanding organizational goals, understanding staff skills and aspiration, and understanding business context and future opportunities; (ii) conceptualising the sense making into a clear vision that is unique, compelling, enduring yet achievable; and (iii) focusing on implementation by understanding the cultural change and capability development required, and leading by doing and coaching. Visionary leadership requires the courage to be different, the willingness to take responsibility, and the commitment to the people who trusted us as their leader.

At a more fundamental level, my visionary leadership approach has always been underpinned by a value system of striving for excellence, customer-focus, result-focus and collaboration. 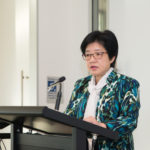 Dr Dong Yang Wu FTSE was the Chief of the Aerospace Division of the Defence Science and Technology Group between 2017-2019. In this role, she led the work of over 300 scientists, engineers and technicians to support the operation of Defence’s fixed-wing aircraft and helicopters. Dr Wu has an M.A. and a PhD in physical chemistry, and she is an esteemed Fellow of the Australian Academy of Technology and Engineering. Prior to joining DST Group, Dr Wu worked for the Boeing Company for eight and a half years as the Managing Director of Boeing Research & Technology-China, as the Manager of the Melbourne Technology Centre, and as the Chief Scientist of Boeing Research and Technology – Australia. Before joining Boeing, Dr Wu spent 17 years working at the Commonwealth Scientific and Industrial Research Organisation (CSIRO) of Australia as a leading scientist and lead of the Sustainable Polymeric Materials Research Program, where she researched and successfully commercialised new technologies in Australia and globally. Dr Wu is an outstanding industry leader and role model, and is also an IMNIS mentor.