INDUSTRY MENTORING IN STEM AROUND AUSTRALIA

There was a full house for the official National Launch of the Industry Mentoring Network in STEM (IMNIS) at KPMG in Melbourne last month. IMNIS is a prestigious flagship initiative of the Australian Academy of Technology and Engineering (ATSE) that partners PhD students in STEM with an influential, high profile industry leader to prepare them to lead and excel within any part of the STEM ecosystem. 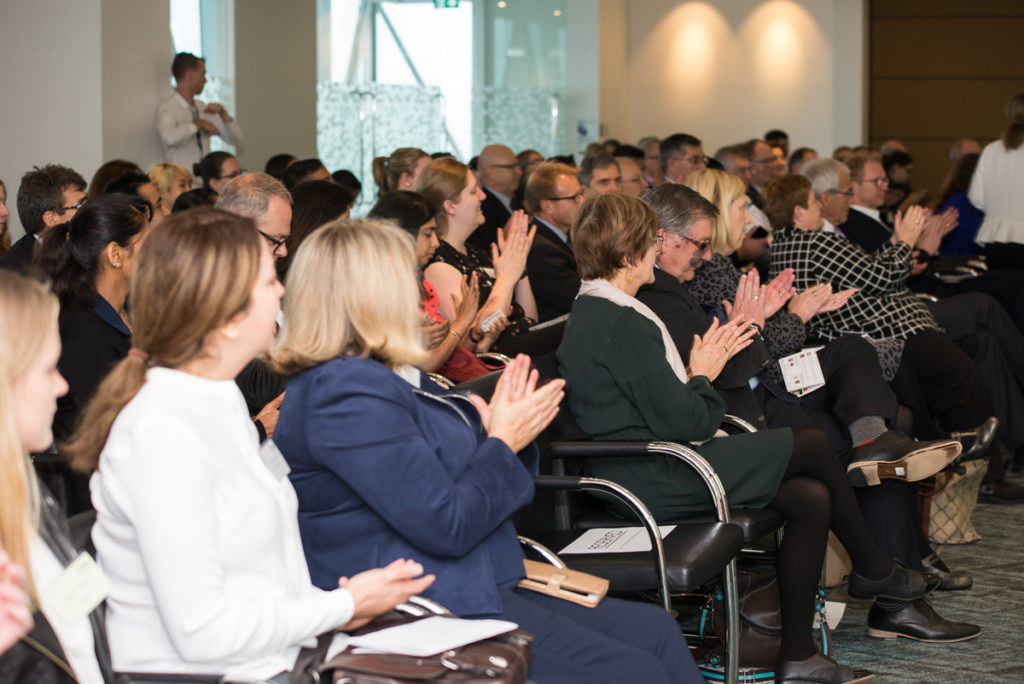 The National Launch was a standout celebration of how far IMNIS has come in the last year; and announced for the first time that in 2018, all IMNIS programs are on offer in every State and Territory around Australia. In a video message, the Hon. Karen Andrews MP, Co-Chair of Parliamentary Friends of Science and Assistant Minister for Vocational Education and Skills, congratulated ATSE on taking IMNIS to the next level.

A qualified Engineer, Ms Andrews emphasised the importance of skills in science, technology, engineering and mathematics (STEM) to enhancing employment opportunities for our future workforce. She said, “As highlighted today, closer partnerships between education and training providers and industry are critical to building a strong STEM workforce”.

Ms Andrews added, “Surveys show businesses that focus on innovation are twice as likely to rely on STEM skills and that 70% of Australian employers identify STEM employees as the most innovative”. Ms Andrews also expressed strong support from the Parliamentary Friends of Science group.

Keynote speaker, Professor Bronwyn Harch, did the official launch at KPMG in Melbourne. Professor Harch is a Board Member with Innovation and Science Australia. She shared the ISA’s Innovation Plan for 2030 and emphasised how initiatives like IMNIS strongly align with this plan, “Australia is great at knowledge generation but we need to do better at knowledge transfer. IMNIS is one response to this challenge”. Professor Harch also spoke to her own professional journey saying, “Mentoring and networking have been critical throughout my career”. 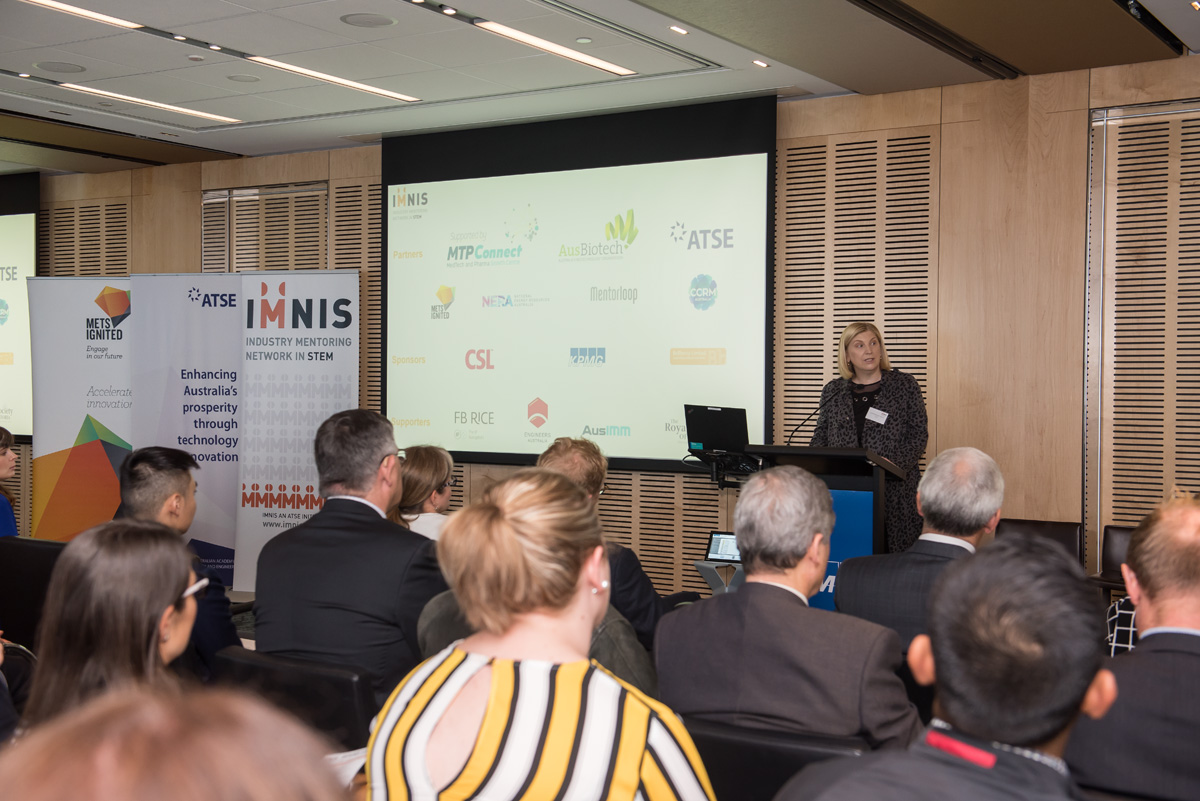 Other speakers included ATSE President, Dr Hugh Bradlow, and MTPConnect CEO, Sue MacLeman who reiterated the commitment of ATSE and the industry growth centres MTPConnect, METS Ignited and NERA to the IMNIS iniatitives’ goals. They also emphasised the benefits of industry mentoring and empowering the next generation of leaders to Australia’s STEM sector overall. 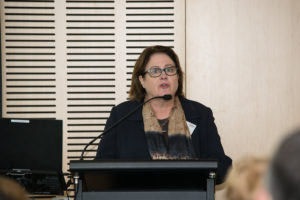 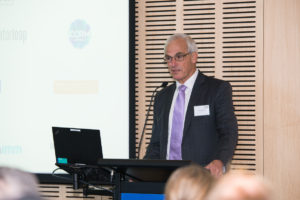 A highlight of the National Launch was when IMNIS mentors and mentees shared their mentoring experiences. WA and VIC were well-represented with the panel including mentors Alexandra Atkins and Martin Elhay, and mentees Nazanin Nourifard and Niveditha Vathsangam. Alexandra and Nazanin were matched within the Energy-Minerals program in WA, while Martin and Niveditha were matched in the MedTech-Pharma program in Victoria. All of the panellists shared positive experiences from their one year mentoring partnership, their advice for success and the unexpected benefits IMNIS had on their studies and their career. 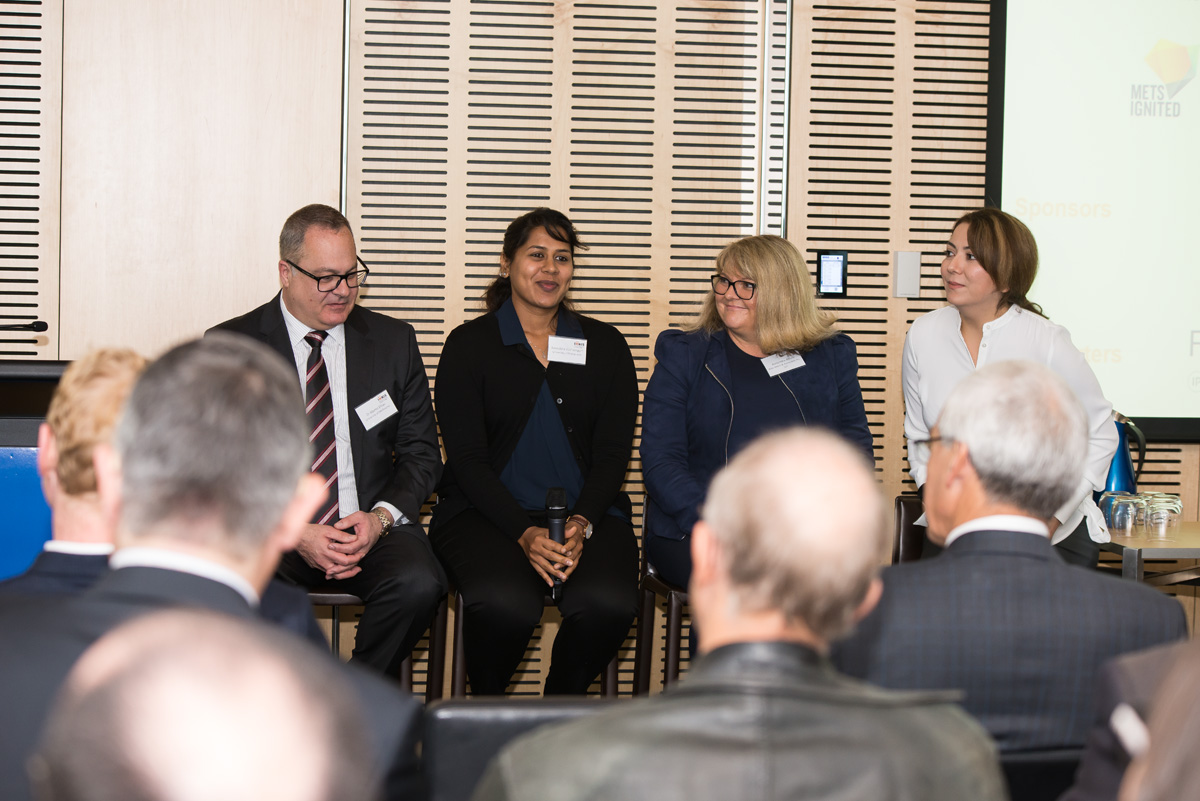 IMNIS has over 400 active participants around Australia – more than 200 industry leaders volunteering and giving back to the next generation; and more than 200 PhD students who have said “YES” to accelerating their professional development. In-line with ATSE’s Diversity and Inclusion Policy, IMNIS has achieved gender parity at a national level, establishing an inclusive and diverse cohort of mentors and mentees. 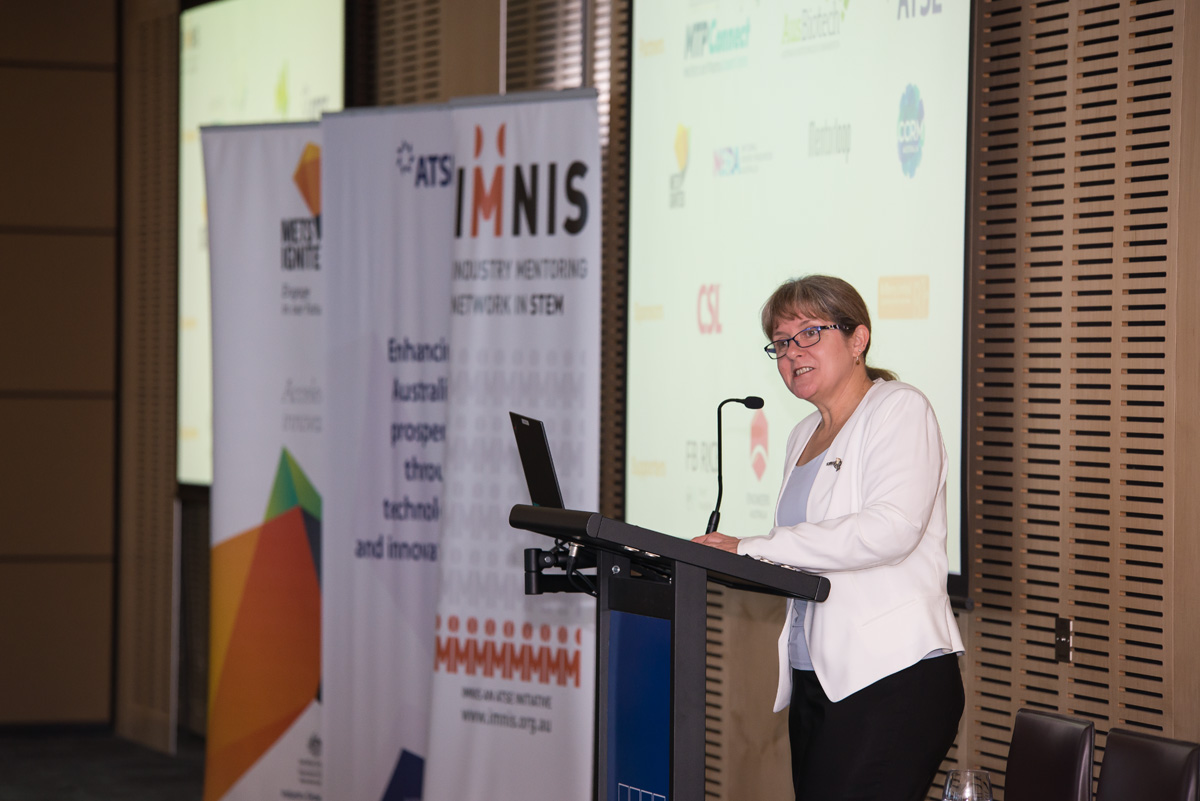 IMNIS also launched Australia’s first International Mentoring Program in Regenerative Medicine in partnership with the Centre for Commercialisation of Regenerative Medicine (CCRM) Australia. This pilot involves industry leaders from the US, UK and Canada; and includes a Travel Award for mentees to attend an international conference and meet their mentor. CCRM Australia has selected five outstanding PhD students from QLD, VIC and SA to participate.

The future for IMNIS is bright! Participating member organisations are breaking down barriers, and extending the professional network and career horizons of their students and early career researchers. IMNIS has been approached by multiple organisations keen to get involved. Such strong engagement from the broader STEM ecosystem ensures IMNIS will achieve its goals.

This year, programs in MedTech-Pharma and Energy-Minerals Resources will run in in Queensland (QLD), Western Australia (WA), South Australia (SA), New South Wales (NSW) and Victoria (VIC). Tailored programs are also on offer to the Northern Territory, Australian Capital Territory and Tasmania. New member organisations include The University of Queensland and Griffith University in Brisbane. 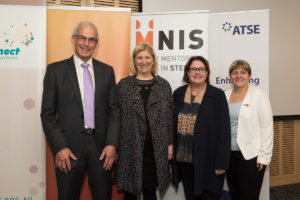 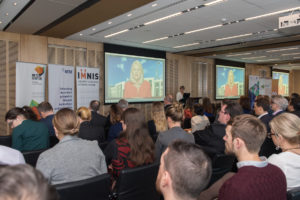 Nationally, 87% of IMNIS participants rate this initiative as successful. This has only been possible due to the tremendous support and funding from industry growth centre partners MTPConnect, NERA and METS Ignited, our consortium partners AusBiotech and Mentorloop, and our sponsors CSL, KPMG and Bellberry. We also have a growing network of collaborative Supporters.

The ATSE Board strongly supports the IMNIS initiative and IMNIS is embedded into the Strategy Plan 2017-2020. Several esteemed Academy Fellows are mentors, advisers and champions. IMNIS is also rapidly gaining a broad public profile. IMNIS actively engages via social media. The website also has blogs, mentor and mentee profiles and program information.

IMNIS was kick-started by passionate Foundation donors working with ATSE. This was a collaborative effort with multiple partner groups and ‘friends-of-friends’ involved. Many of these generous professionals continue to support IMNIS today as members of the Expert Advisory Panel, including the new Chair, Ms Ronnie Wood, who attended the National Launch along with Panel members Tony Radford FTSE and Paul Wood FTSE. In recognition of its positive impact, IMNIS won a prestigious B/HERT Best Higher Education and Training Collaboration Award in 2016.

IMNIS mentors and mentees are carefully matched by an experienced state-based panel of STEM experts using a range of criteria including professional expertise, skills, discipline areas and career interests. IMNIS mentees learn about commercialisation, start-ups, entrepreneurship and innovation, and the professional skills needed to lead and excel within the STEM ecosystem. For mentors, IMNIS is an opportunity to ‘give back’ and contribute to the professional development of the next generation of STEM leaders.

IMNIS respectfully acknowledges the Traditional Custodians of the land – the people of the Kulin nation – on which KPMG Australia, Melbourne is located, and pays respects to their Elders, past, present and emerging; as well as Elders and representatives of other communities who may have attended the launch.

IMNIS thanks our Keynote Speaker, Professor Bronwyn Harch, University leadership, partner organisations, mentors and mentees, supporters and champions – many of whom spoke, engaged positively and attended this event. We gratefully acknowledge our Partners MTPConnect, NERA and METS Ignited, AusBiotech and Mentorloop, and our Sponsors CSL, KPMG Australia and Bellberry.

Thanks to Alun Needham and Lucy O’Malley at KPMG Australia for providing a stunning venue and logistical support. Thanks also to Claretta DSouza, the AusBiotech events team, David Glanz and the ATSE communications team, and the IMNIS team for their support of this event.